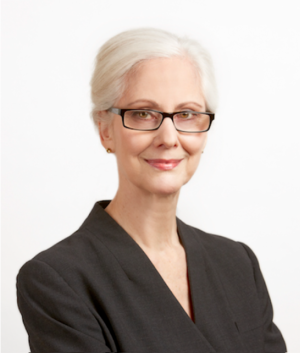 How do we understand grief and bereavement? Over the past 100 years, answers to this question have changed and evolved. Christiane Manzella, PhD, Senior Psychologist at the Seleni Institute, emphasizes the importance of understanding normative grief so that mental health professionals can offer effective treatment. In this spirit, we now share 100 Years: Highlights in Conceptualizing and Understanding Grief.

1917. Freud published Mourning and Melancholia (1917/1957). Freud described and recognized that mourning is a normal yet painful process. Freud made the distinction between a healthy process of mourning and pathological mourning. Mourning is a normal response – and the person experiences sadness, loss of interest, and turning away from reality. These same experiences are present in melancholia except that in mourning the person loosens the ties to the deceased – decathects from the love object – and bit by bit returns to normal, but in melancholia this does not occur. Freud describes mourning as a conscious response to a death and melancholia as an unconscious process along with a loss of self-regard. “In mourning it is the world which has become poor and empty; in melancholia, it is the ego itself” (p. 246) – similar to the contemporary concept of depression. Considering letting go of the lost loved one while doing “grief work” as the healthy response to grief shaped clinical interventions until the 1980s and 1990s.

1944. Lindemann published Symptomatology and Management of Acute Grief. This paper is often cited and is considered a classic in the field of grief and bereavement. Lindemann’s theory resulted from his observations and work with survivors of the Cocoanut Grove Nightclub fire in 1942. 492 people died and hundreds more were injured. Following Freud’s conceptualization, Lindemann conceptualized grief as “work” and considered that a healthy and successful resolution of grief included cutting the emotional bond with the deceased: Accept. Let go. Move on.

1969. Kübler-Ross published On Death and Dying. She described experiences of terminally ill individuals – opening awareness around death and dying and that terminally ill individuals had been ignored and needed to be heard. Her views around what terminally ill individuals needed became extrapolated into the well-known five stage model of grieving: denial, anger, bargaining, depression, acceptance. This happened even though Kübler-Ross intended her observations to explicate and clarify experiences of those who were terminally ill, not to describe the grief process for those were bereaved. This five-stage model of grief further built on the views of Freud (1917/1957) and Lindemann (1944) that it is healthy for a bereaved person to work through the grief and eventually accept the loss, let go, and move on.
1960s through the 1970s. Societal shifts resulting in a reduction of natural supports following a death. For example, how many of us live within 50 miles of where we were born? In all likelihood, this societal shift played a role in an increased need for effective support for bereaved individuals and the resulting growth of mental health professionals specializing in grief and bereavement counseling and therapy.
1970s through the 2000s. The five-stage model dominated clinical applications until the mid 2000s. And, many researchers and clinicians carried out research that questioned this model. Research efforts to replicate Kübler-Ross’s views did not replicate the five-stage model of grief, which was widely presented as being representative of a normative grief process (Maciejewski, Zhang, Block, & Prigerson, 2007; Metzger, 1980).