Anxiety and OCD Common After Pregnancy 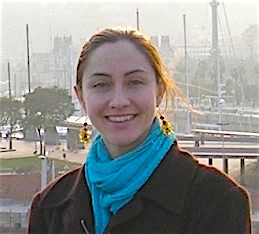 New research suggests these conditions may be more prevalent than PPD

New moms experience anxiety and obsessive-compulsive disorder (OCD) more frequently than expected, according to two new studies. In fact, feelings of anxiety after pregnancy may even be more common than postpartum depression.

Researchers conducted surveys of 461 women who had given birth at Northwestern Memorial Hospital in Chicago and found that 11 percent of the women had symptoms of OCD – such as being afraid of hurting their babies or constantly checking on them – two weeks and six months after delivery.

"This finding is just so dramatically different than what we would expect for the general population," where 2 to 3 percent of people are affected by OCD, says Emily Miller, MD, MPH, lead author of the study, which was published in the Journal of Reproductive Medicine, and an obstetrician and gynecologist at the Northwestern University Feinberg School of Medicine.

"The postpartum period is a vulnerable time for the development of depression and other mental illness," says Miller. Hormonal changes, the new responsibilities of motherhood, and lack of sleep all leave a woman susceptible to developing mood disorders.

Worrying, of course, is a normal part of new motherhood – checking that the car seat is secure or that the baby is still breathing for example. "But if it interferes with the woman's life so that she can't think about other things or take care of herself or her baby, then it verges on mental illness," says Miller. People with OCD have disturbing thoughts, or obsessions, that can lead them to engage in repetitive behaviors, or compulsions, to try to ease their anxiety.

The study found that new moms who suffered OCD symptoms had many similar thoughts and behaviors, such as worrying about dirt and germs. For some of these women, the concerns escalated into repetitive behaviors such as washing their hands until they chafed. Many of the women were also plagued by repetitive fears of harming their babies and constant violent images in their heads.

A second study, published in the journal of the American Academy of Pediatrics in April, looked at more than 1000 women who gave birth at Penn State Hershey Medical Center and found that they were more than twice as likely to suffer from anxiety after giving birth than postpartum depression.

The study also found that women who had anxiety were less likely to be able to breastfeed. "Stress hormones could contribute to diminished milk production," says Ian Paul, MD, lead author of this study and a professor of pediatrics and public health sciences at Penn State College of Medicine. "It is probably a vicious cycle –women that are anxious have more difficulty breastfeeding, and when they are having difficulty breastfeeding, they become more anxious," he adds.

Although anxiety and OCD symptoms sometimes go away without treatment, they often linger and become chronic conditions, says Cynthia Rogers, MD, a psychiatrist at the University of Washington School of Medicine in St. Louis.

She recommends that women talk with their obstetrician or any trusted health care provider if they have worried thoughts about their baby that they cannot get out of their head, feel paralyzed by fears and anxiety, or have thoughts and behaviors that are concerning to them. "With treatment the [symptoms] get better and Mom will be helping herself and her baby," Rogers says.

This article was originally published on Seleni.org. Here is a link to the original article.