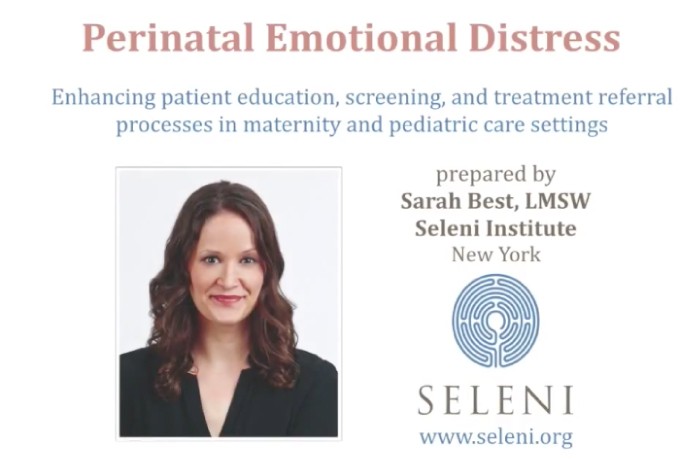 Get trained to screen for Perinatal Mood and Anxiety Disorders. This video primer is intended to equip medical providers - who routinely care for childbearing women and their families - with the tools needed to implement education, screening and referral protocols for perinatal mental health concerns.

Why is this screening important?

Perinatal mood and anxiety disorders (PMADs), such as postpartum depression and postpartum anxiety, are one of the most common pregnancy-related complications, affecting as many as 1 in 5 new mothers (and those numbers are significantly higher among mothers with low socioeconomic status). We see women daily for these treatable conditions.

PMADs are more common than many other pregnancy-related health problems, including gestational hypertension, gestational diabetes, and preeclampsia. However, unlike those conditions—for which women are regularly screened, diagnosed and treated—PMADs are widely unrecognized and under diagnosed. There are many reasons for this—including little public awareness of PMADs and entrenched mental health stigma—but one critical element is lack of screening in opportune health care settings.

A study published in Pediatrics last September shows the potential impact of postpartum mental health screening. Researchers in the Netherlands studied 3,000 postpartum women receiving well-child care. Of the total, 1,200 participated in standard visits without formal mental health screening, and 1,800 were screened for postpartum depression at the one-, three-, and six-month visits. Those who screened positive for major or minor depression (meaning further evaluation is necessary) received treatment advice and/or referrals to a primary care or mental health provider.

All the women were evaluated for depression at their child's nine-month visit. The women in the screening group were 60 percent less likely to have the condition than those in the control group. They also showed improvement in their anxiety symptoms, confidence as a parent, and general mental health functioning. These findings support the efficacy of standardized screening for postpartum depression at well-child visits.

After a woman’s routine six-week postpartum checkup, her child' s pediatrician becomes her primary health contact. Many mothers will see him or her at least eight times in the two years after birth – during the period when symptoms for postnatal mood and anxiety disorders peak.

That time frame gives pediatricians a unique – and powerful – opportunity to screen women for PMADs at multiple times in the postpartum period and to monitor their children for possible negative effects.

Pediatricians routinely ask mothers about risk factors to children's health in the home environment, such as lead exposure, smoking, and car seat use. Untreated PMADs are a risk factor for negative health outcomes in children as well. They increase the likelihood that a child will have impairment of early brain development or cognitive, behavioral or physical health problems. Additionally, mothers experiencing an untreated PMAD are less likely to take their children to all preventative healthcare visits or take preventative health measures such as using car seats.

But when a mother's wellbeing improves after effective treatment for a PMAD, there is a reduction in her child's risk of mental and behavioral health disorders. That's why the American Academy of Pediatrics recommends that pediatricians screen mothers for postpartum depression at routine well child visits (using current procedural terminology code 99420 for reimbursement).

Screening does not require pediatricians to make a diagnosis or prescribe treatment, only to administer a questionnaire and give a referral to an appropriate healthcare provider (such as a mother's primary care provider or a mental health professional or clinic) and then follow up with the mother.

Several screening tools are available online for free. The Edinburgh Postnatal Depression Scale and the Patient Health Questionnaire are the two used most often. Both are brief, easy to administer, and simple to score and interpret. Most importantly, they give pediatricians a powerful tool to improve the health of the whole family. 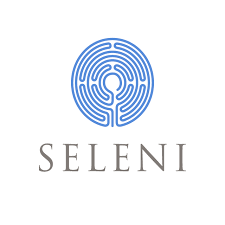 Seleni Institute
The Seleni Institute is a global non profit that treats, trains, supports, and advocates to improve the emotional health of individuals and their families during the reproductive years.